Radiohead released a new video shot outside what appears to be the Cooper Park tennis courts and the Scott Avenue train tracks.

EAST WILLIAMSBURG, BROOKLYN — Radiohead has released a paranoia-inducing music video for “Man of War” that was shot in the streets of Brooklyn.

The song is one of three bonus tracks that will be released with OKNOTOK, a reissue of the band’s landmark album, OK Computer, on its 20th anniversary.

The “Man of War” video flips between day and night and follows a man, calm in the day and terrified at night, from what appears to be the Cooper Park tennis courts into the streets of East Williamsburg and onto the Scott Avenue train tracks, according to Gothamist.

The song was written by Radiohead frontman Thom Yorke in 1995 during a time in his life when he was feeling “really bonkers,” the singer told Rolling Stone.

“I was basically catatonic,” Yorke said. “I was getting into the sense of information overload.” 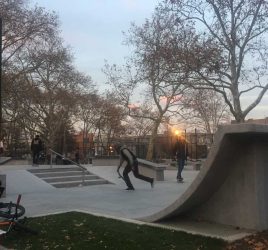 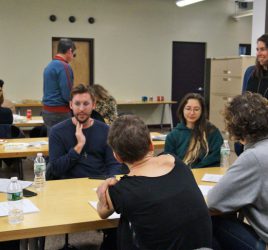